A rich legacy glows quietly behind every Prathibha piece. 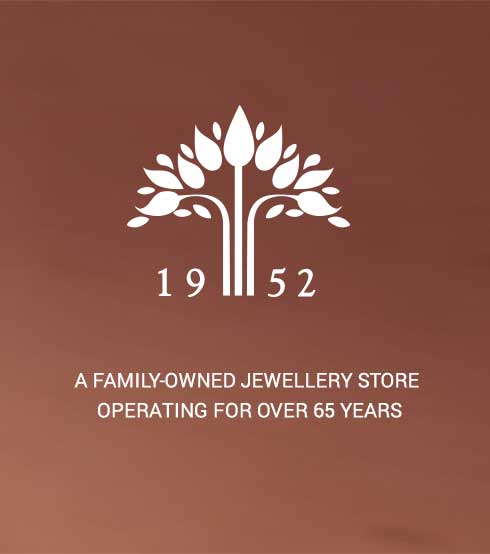 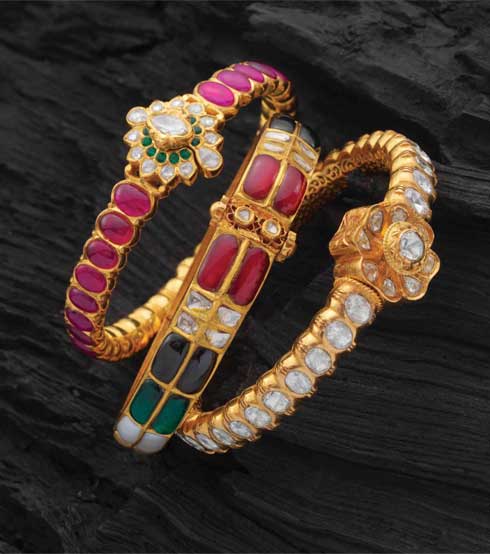 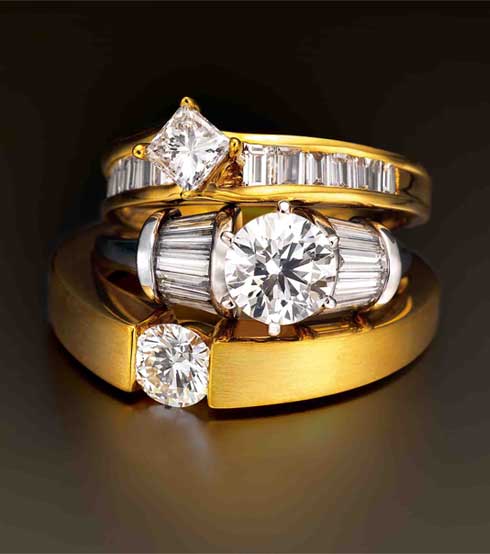 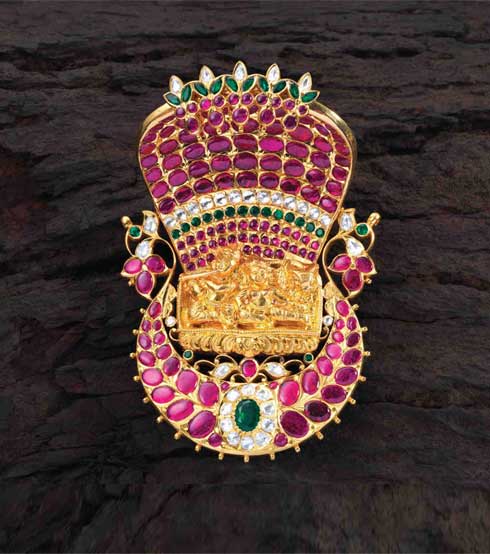 In its perfectly designed patterns and attentive service is an illustrious history that stands as a steady guiding force.

Although Prathibha was formally founded in 1952 by Sri Sakala Narasimhulu Chetty, the beginnings of the story goes back even further. In 1944, as a young man of just 18 years, Narsimhulu Chetty began to be trained in the finer points of the jewellery business by his father-in-law, Sri Devatha Sreeramiah Chetty — a highly respected figure and prominent member of the industry at that time, as well as the Founder-President of the Bangalore Jewellers Association. With his mentoring, support and partnership, Mr Chetty, now well-groomed in the workings of the industry, established his own jewellery venture, Prathibha, in 1952. The word ‘Prathibha’, from Kalidasa’s epic poem ‘Kumara Sambhavam’ had a lasting effect on Narasimhulu Chetty for its meaning – ‘the ability to create and innovate’. And thus, his first daughter and his jewellery store were both blessed with the name.

In a small space in Nagarathpet that measured a mere 6.5 feet x 20 feet, Narasimhulu Chetty opened his first store and laid the foundations of the brand it is today. It’s here that he established a style of service and dedication to quality that is followed to this day. The charismatic Narasimhulu Chetty was, and continues to be known, for his expert counsel, sincere service, and unwavering honesty.

Prathibha continues to win over loyal and valued clients, offering a wide range of exemplary design collections that glitter with the sparkle of a 60+ year heritage.

Rooted in lineage and expertise, Prathibha is designed to welcome all clients. Whether they come to purchase a tiny nose ring or an ornate heritage necklace, the space and the team exude warmth, expertise and guidance. Prathibha offers the finest diamonds crafted into traditional and contemporary wear for all occasions, heritage pieces that bring with it historic tales, dazzling new designs by the in-house designer, and jewellery box essentials for everyday wear.

Throughout its luminous history, the House of Prathibha has stayed true to its relentless dedication to quality, eye for perfection and personalised attention to customers. It is a vision that has been consistently honed since 1952, and one that has been nurtured by generations of dedication and trust. Today, it is distilled into a precious essence that has fostered patronage across the world, and excellence within its walls. 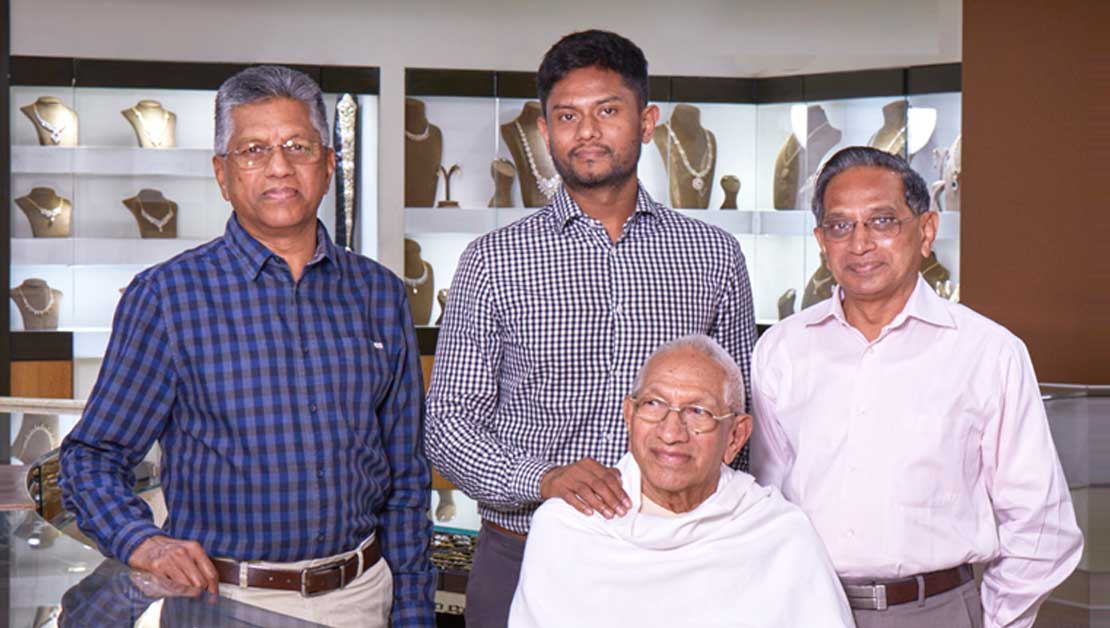 The nonagenarian founder of Prathibha and senior partner on the board has nearly 75 years of experience in the jewellery field. He is still active in the business and is seen daily at the office. He studied at the Besant Theosophical College in Madinapalli (Andhra Pradesh), and is currently associated with several social, spiritual and service organisations.

The eldest son of Narasimhulu Chetty and a partner at Prathibha. He is an Electrical Engineering graduate (1967) from BMS College in Bangalore and has 50 years of experience in the jewellery business.

The second son of Narasimhulu Chetty and a partner at Prathibha. He is also a Mechanical Engineering graduate (1968) from BMS College in Bangalore and has 49 years of experience in the jewellery business.

The grandson of Narasimhulu Chetty and the son of Murali Mohan is the youngest partner at Prathibha. He is a business school graduate from Wharton, USA and is also a graduate gemologist from GIA (Gemological Institute of America), Carlsbad, California.

Prompt and sincere service has always been one of Prathibha’s hallmarks. Customers are treated with the same attentive service whether they’ve chosen to step in for a small or large purchase, or to browse and look around.

All precious metals and gems used in every Prathibha piece undergo stringent quality tests by the in-house team, in addition to compulsory hallmarking and gem-lab certification. The result is a piece that is of the highest quality and finest finish.

With close to 65 years of impeccable service, trust is key when it comes to a Prathibha experience. The trust of its clientele is built on honest advice, industry certifications, and the involvement of the core management team in product quality and finish. It has ensured that their patronage continues over three generations, in and outside the country.

Years of experience and thought leadership have gone into ensuring that Prathibha’s expertise is of a high standard, and one that continues to grow. A treasure trove of knowledge lies within the cumulative years of experience of the senior management team. It is this joint expertise that is tapped into to offer in-house quality control measures, GIA certifications and new design sensibilities that serve as hallmarks of Prathibha products.

Three generations of experts, with strong team spirit, have built the Prathibha brand. Passion, dedication, integrity and genuine interest in customer’ needs and a warm approach in attending to client service is what makes the Prathibha experience a unique one.

Be it a traditional event, a festival, a small gift, or an indulgence, Prathibha offers a wide range of products that are all available under one roof. Be it a toe ring or a solitaire necklace, a platinum band or a silver dinner set – Prathibha carries over 40,000 products at any given time, ensuring every customer is indulged with an array of choice and finds just the piece they had in mind.